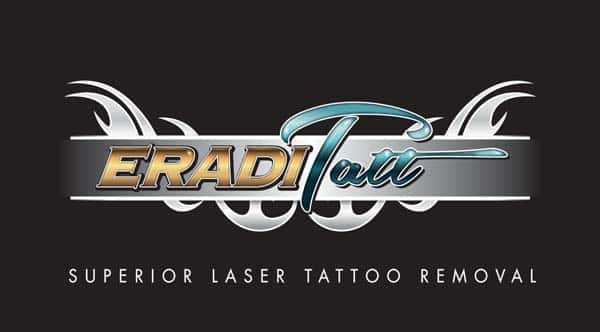 Tattoos and Tattoo Removal. The Stigmas, Trends, and Fads

The art of tattooing has gone through several iterations. What started as a war-time and biker gang-related tradition quickly shifted to a universal trend, and now has become more refined with the awareness that social media has brought to worldwide tattoo artists and their abilities. Today, tattoos are so popular that 1 in 5 Americans have one.

Likewise, tattoo removal has carried stigmas with it throughout the years, beginning with the shame associated with tattoos, and now being utilized to make room for new art.

How did tattoos get their start?

While many ancient forms of tattooing exist, dating all the way back to ancient Egypt, our focus is mainly on the American tattooing legacy. As early as 1900, there were tattoos in most major American cities. Many biker gangs and military men used tattoos to affiliate themselves, but by the 1960’s, tattoos were a staple in the hippie culture, preaching love, acceptance and even rebellion during war time.

In the 1980’s and 90’s, trends and standards were established amongst studios – like creating flash sheets of traditional imagery for clients to choose from, and standardizing certain ideological images. Artists like Sailor Jerry and Ed Hardy established themselves as recognized industry leaders, and other fine artists came onto the scene, bringing greater depth and complexity to the pieces they were creating.

Today, some body art has true value and communicates a certain status because of the desirability of the artist sketching and applying it. Custom shops are more prevalent than ever, and the cost per hour of these artists’ time is rising by the minute.

So if tattoos are so great, where did the need for laser tattoo removal come from?

As the demand for tattoos grew, more and more shops opened. But more doesn’t always mean better. Due to the lack of early regulation, many shops were executing poor tattoos that weren’t applied with the right techniques, which lead to fading, cracking, and general disfiguring of the art.

And, while flash sheets now represent ‘timeless’ tattoos, there was time that they became cookie-cutter; many tattoos were universal which was a bad look for an industry that prided itself on individuality and ingenuity.

Then, the stigma picked up that tattoos carried ulterior meanings; that they communicated a promiscuous or unprofessional culture. The idea that “tattoos are forever” became daunting rather than promising.

In tattoo removal history, lasers are quite old. In the 1960’s, the first tattoo was removed with a laser, but it wasn’t until the 90’s that the procedures got safer, less painful, and reduced scarring and tissue damage; and still, it was not up to par with the standards we have today.

At EradiTatt, we use the PiQo4 laser, which is the most versatile and powerful Pico and Nano Laser Tattoo Removal System on the market. It has four wavelengths, along with 4 pulse durations (two picosecond modes), and the largest spot size in the industry. This larger spot size allows us to remove a larger area of the tattoo at a time, which ultimately makes the procedure go quicker.

In the last ten years, as laser tattoo removal became a high demand industry, the technology evolved to the point where many people see results as if they never had a tattoo at all.

While there are still some restrictions (for example, tattoo removal works best on fair skin and black ink. (See: 3 things your laser tattoo removal technician should tell you), the light from the laser is stronger and more powerful than ever before, delivering the pulses much faster causing greater distress to the ink molecules, shattering them into much smaller pieces, while at the same time causing less trauma to the skin to ensure the best possible results.

Does getting a tattoo removed carry a stigma?

A few die-hard tattoo artists see laser tattoo removal as a blemish on the rich history of tattoo culture, in which every piece is meant to be placed properly, using techniques that will hold up against time and aging; it’s meant to be forever, even if you didn’t take the time and finances to properly execute your art.

However, many artists today advertise that they are utilizing this technology as well! Being so engrained in the culture, they watch as new trends and technology come along, and see opportunity for newer, better tattoos from artists they respect and admire. They are using laser technology to make room for new pieces and taking away the old, faded tattoos that they no longer like or that they regret.

Additionally, many Hollywood stars are also engaging in laser tattoo removal. Being in the limelight draws a lot of attention to the body, and these stars know that their worst attributes will be highlighted – having old, bad, or regrettable tattoos are not favorable. Khloe Kardashian and Ruby Rose are two such starlets that have been losing their unwanted tattoos and even publishing their journey to clear skin on social media!

Remember – it is your body! No one should make the decision for you about whether you get art, remove art, or replace art. But if you should decide on the latter two, call EradiTatt for tattoo removal pricing, and we’ll help you take safe and effective steps to have your skin looking the way you want!

We strive to give you accurate information in order for you to properly manage expectations as well as having a comprehensive understanding of all the steps in removing your tattoo. With that said, every tattoo and every person is different and outcomes vary from person to person.

It’s our goal to obtain the best possible result with as little disruption to your skin so that what you’re left with is what you had before you ever had a tattoo. Colors, skin type, tattoo location among other things will determine the ultimate outcome, but we have a very high success rate with complete tattoo removal. We have clean offices with great people working them and we try to make the process as comfortable as possible.